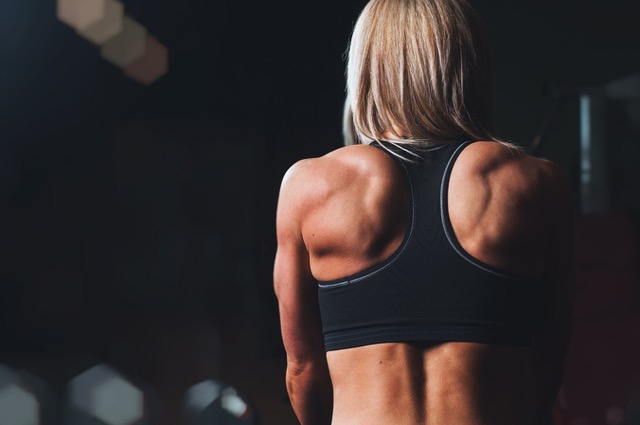 One of the most common issues I get with performers of all types coming to me is with anxiety around performance. Let’s be clear right away, there is anxiety that is felt generally by people very often and not necessarily related to a specific event or future event, this is often accompanied by a low mood state and even depression. Then there is the anxiety felt around and usually into the lead up to a specific event, sporting performance or otherwise.

We call the first anxiety trait anxiety (i.e. it may be one of the traits of a person) and the second state anxiety where it is related to a specific state.

When we talk about performance anxiety we are in general talking about state anxiety (although of course state anxiety may also be present, as the requirement or desire to perform is not simply limited to those who do not suffer from trait anxiety and depression).

So what do people want to resolve the feeling of anxiety around an event? In general and more often than not it is simply because anxiety is simply such an unpleasant emotion. Indeed the American Psychological Association describes anxiety thus: Anxiety is an emotion characterized by feelings of tension, worried thoughts and physical changes like increased blood pressure. People with anxiety disorders usually have recurring intrusive thoughts or concerns. They may avoid certain situations out of worry.

The above definition of anxiety is around generalised anxiety, that feeling that may be general and not about anything specific, but forms a general feeling of unease that may include Feeling nervous, restless or tense

This anxiety is very different in causation from that caused through impending performance concerns, but may still have all or many of the same symptoms.

It is worth noting that all of the symptoms fall basically into one of two categories:

Somatic (or body symptoms or feelings) and Cognitive or thoughts. So our bodies react in a certain way, which may include breathing, high heart rate, sweating etc, which it can then be argued that because it is associated with something that does not feel great is interpreted as anxiety by our brains. We can then easily get into a cyclical relationship between mind and body where further feelings are interpreted negatively and we have a spiral of anxiety.

We do have the logical option for break points here of course, which must be a great relief to those who are suffering from anxiety, we can either manipulate our physiology from activities like 7-11 breathing (see attached), which tricks the heart into slowing and though spending more time on the out-breath than the in-breath, and also focuses on a abdominal breathing process which makes it much harder to pant in breathing and will reduce those feelings of light-headedness and dizziness. At the point at which our somatic or physical symptoms reduce in intensity then it becomes easy to interpret this as a reduction in anxiety.

We can of course also use our cognition to accept or challenge the feelings of anxiety rather than simply spiralling into worry about them (knowing that although intense the feeling does not mean you will die, it will end and you have some strategies to reduce it is usually helpful).

And also as the gold standard for reducing anxiety involves extinction processes, which means a staged and gradual confrontation with the stimuli that may cause anxiety whilst proving that no harm will befall you is an important part of managing this problem.

It should be stated that doing something or the behavioural aspect of dealing with anxiety is key: When we only think about what worries us there is no chance to actually experience the events that may prove to be less concerning than our worries would let us believe. Conversely when we are able to begin to experience the situation, event or other stimulus in real life though carefully stages events we learn that the feared stimulus is of less concern than we had thought and over time may lead to less a different understanding and set of thought patterns which in turn results in a lower level of somatic experiences and those that still exist may be perceived in a different way. For example, when we consider many of the somatic, body or physiological feelings around anxiety that are often reported, such as raised heart rate, shallow breathing, sweating, damp hands and butterflies in the chest, they are also very similar to those that are associated with an emotion that is often or generally reported as being positive. For example the emotion of excitement shares many of the somatic experiences of fear and anxiety, it may simply be the interpretation or the specific stimulus that differs rather than the raised heart rate, increased rate of breathing and shallow breathing, flushing of the face, sweating and butterflies.

Use in evolution keeps us alive, why it is so horrible and why positive emotions feel so nice

Of course our emotions are there for a reason, like most of the things our bodies and minds do that seem to be sometimes out of our control there is a very good reason for them being there and most of that is about keeping us alive, keeping someone else alive or making sure that we continue to exist as a species.

I usually ask my clients why they think emotions exist and why they think they feel as they do, and get some interesting answers. But in general we end up getting to somewhere near the following:

Emotions are there to make us take notice of something. As a rule of thumb when they are positive or feel nice, they are there to bring our attention and effort to keeping a baby alive and giving it what is needs to thrive, caring for something, bringing us into a relationship and continuing to make it work (i.e realising we like the look of something and would like to get closer to that person, animal or piece of cake). Our emotions are also reflected in our expressions and our behaviour and so the focus of our attentions gets the opportunity to understand what we are about when we show specific emotions. Presumably a baby will come very quickly to recognise the loving smile of its mother or father and know that they are there to help the little soul though its life. It must be part of the attachment that is so important in creating a solid loving relationship. Noticeably most positive emotions are about approaching the source of the emotional impact and it is likely that the good feeling of the emotion makes this approach easier. It is also likely that at the sad breakup from a relationship where one party is still so much in love, it is not being able to approach the source of that positive emotion that makes the breakup feels so much harder.

Conversely our negative emotions are not focused around the generation of nice feelings, they often feel unpleasant and are probably very much concerned with keeping us alive and safe. In the same way that pain is geared around making us take notice of something that can cause us harm, many negative emotions are there to make us take notice of something that is actively dangerous or a threat to us. The reason that they are unpleasant is that it makes them hard to ignore, they want us to take notice of them and they want to form part of the decision making process.

Physiology of emotion: similar to excitement

Remind us to be ready

Know what you have in your armoury

How you will use it.