State of the Nation… 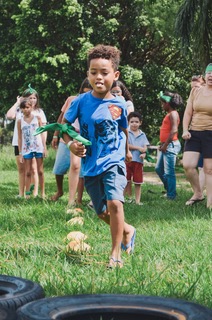 This is a summary of some work completed by Gavin Sandercock and his team at Essex University and we consider this in the light of what we know about the importance of physical activity becoming a habit for young people early enough that it literally becomes wired into their brains as part of their lives. We consider how high levels of sitting time may be linked to high levels of usage of electronic media devices.

Firstly the team considered the amounts of daily sitting times for high school girls and boys and found that on average boys were sitting for 627 minutes a day and girls for 612 or 10 hours 45 minutes and ten hours and 12 minutes respectively. Of  these 47% of the boys and 54% of the girls had low levels of physical activity (not surprisingly) and 40.9 and 42.9% of boys and girls showed low levels of cardiovascular fitness. When we looked at week time sitting times we got even higher figures of 12.8 hours a day for boys and 12 hours 20 minutes for girls. Add in eight to ten hours for sleep and there really is not much time left at all for physical activity and with these time limitations it is perhaps quite understandable why so many of these young people are unfit.

Active Schools reports a huge amount of benefits from being active during school life, including better grades and college attendance, plus higher quality sleep and lower levels of depression and better behaviour. This even transfers into the workplace with higher earning power and more productivity. So why are children and their parents getting the message and spending more rather than less time being active?

Well the Active Schools report also suggests there is a great deal of importance around generational influences in that active parents tend to raise active children, but of course as with all things there are other influences and perhaps over the previous ten years or so and more than at any time in our history, technology and communication devices are playing a part in not just how active young people are, but literally impact on the development of their brains and begin to wire their preferred behaviours.

The first stage in looking at this is simply to see how much time high school pupils are spending on various electronic devices and from there we may begin to get some idea of the how the desire to exercise may have to compete with the joys of being connected in some way to on-line friends, information and gaming.

Whilst we found that only 10% of boys and 5% of girls had no mobile phone, ownership of various devices was high, with over 75% of boys and girls being on a social network and some 70 to 80% having an additional television with total media device ownership for boys and girls of six items per pupil; so clearly a very connected group of people. For a slightly older age-group there may be some surprise that there were no e-mails reported being sent a day, but various messaging approaches accounted for 20-25 messages being sent a day.

Conversely, girls who owned a tablet computer were more than three times as likely to have high sitting time compared with those who without one. Owning a desktop computer, and use of passive transportation to school both more-than doubled the odds of girls having high sitting time. High messaging behaviour  was a significant predictor of high sitting time and in use of social networking showed some association with high sitting time (

Passive transport was associated with higher sitting time in both sexes but was only a significant predictor in girls in whom those who used passive modes of school transportation were 2.4 times more likely to report high sitting time. There were few other common predictors.